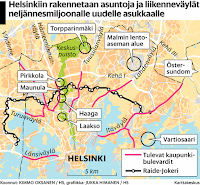 Sweden is on course to produce all its energy from green sources by 2040, a top regulatory official from the country declared 24.10.2016.

Renewables such as hydro and wind last year represented 57 percent of the Nordic nation's 159 terawatt-hours (TWh) of electricity generation, with most of the remaining deriving from nuclear, according to Anne Vadasz Nilsson, Director General of the Swedish Energy Markets Inspectorate. Swedish production of wind power has progressively increased since it becomes more cost-efficient, and it now accounts for 10 percent of the country's total energy output, from almost zero several years ago, as she stated. Sweden targets to add 18 terawatt-hours (TWh) of yearly clean electricity production by 2030.
It does not intend to subsidise more nuclear energy and it is improbable that any new atomic reactors will be constructed given low electricity prices, declared Vadasz Nilsson. That is in spite of an agreement earlier this year to reduce taxes on nuclear power generators. Four of Sweden's 10 nuclear reactors are presently being phased out, she mentioned. Nuclear power has come under amplified inspection around the world in the wake of Japan's Fukushima disaster in 2011. Sweden has no immediate plans to construct any new hydropower plants because of environmental concerns, according to her.  [emp]
Posted by Olavi Tupamäki at 16:47 No comments: Links to this post

The German cabinet has paved the way for a controversial nuclear waste deal, allowing the country's major utilities to pay 23.5 GEUR (26 GUSD) for shifting responsibility of managing nuclear waste to the government.
Under a draft law approved by the federal cabinet, the four firms such as Vattenfall, EON, RWE and EnBW will pay the money into a state fund for temporary and permanent nuclear waste storage by 2022.
The German government decided to shut down all of its nuclear power plants aftermath the Fukushima disaster in Japan in 2011. Currently, eight nuclear power plants still in operation in the country. Beyond the 23.5 GEUR for waste management, the firms will remain financially and legally responsible for phasing out and dismantling the plants and preparing all remaining nuclear waste for permanent storage. The remainder of a total 40 GEUR of provisions they have set aside to cover the nuclear closure is earmarked for those costs. E. ON, which will alone contribute around 10 GEUR to finance the nuclear waste management, hailed the deal. However, Germany is yet to finalise a location to dispose the nuclear waste. Germany pledges to produce 80% of its electricity from renewable sources by 2050. [emp]
Posted by Olavi Tupamäki at 13:20 No comments: Links to this post

Posted by Olavi Tupamäki at 19:16 No comments: Links to this post

A closely held California renewable-energy developer SolarReserve LLC is proposing the world’s largest solar farm in the Nevada desert, a $5 billion project that would rival the capacity of two nuclear power plants.

The 2-GW Sandstone project will use solar-thermal technology, which is more expensive than standard solar PV power, but also has storage capabilities so it can send power to the grid all night long. Instead of converting sunlight directly into electricity with photovoltaic panels, solar-thermal plants use thousands of mirrors to focus sunlight onto towers topped with vats of molten salt. The salt can reach 1,000 degrees Fahrenheit (538 degrees Celsius) and remain hot for as long as 10 hours, creating steam to power generators. SolarReserve has used the technology for a 110-MW power plant that’s in operation in Nevada, and is planning projects in Chile and South Africa.
[Native Advertisement]
The sprawling Nevada project would have 10 towers and cover 15,000 acres. The current biggest solar-thermal plant in the world is the 392-MW Ivanpah facility in California’s Mojave Desert. It has three towers and went into operation in 2014, and doesn’t have storage capabilities.

SolarReserve is eyeing two potential building sites on federal land, both of which will require new transmission lines. The project would be built in stages over seven years and the company is seeking to break ground within three years. SolarReserve plans to market electricity from the sprawling project to California utilities, which under state law must source half their power from renewable sources by 2030.
This is presented to the California market as a more viable option than trying to deploy hundreds of thousands of individual batteries. [ren]
Posted by Olavi Tupamäki at 10:00 No comments: Links to this post 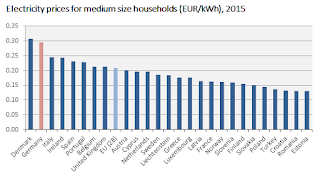 The green energy levy in Germany (EEG), a surcharge paid by power consumers to support the transition to renewables, is expected to rise by 8 percent in 2017, despite governments efforts to slash support for renewable power. [emp]

Net metering is a practice that encourages consumer investment in on-site electric generators — typically small-scale, renewable energy technologies. When a customer/generator is producing and consuming electricity at the same time, the laws of physics dictate that the electricity being produced flows to where it is being used. 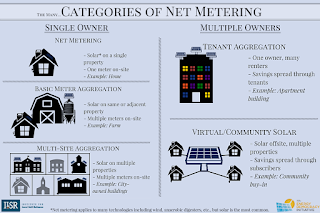 But what about when electricity is being generated and none is being consumed? In these instances net metering allows customer/generators to spin their meter backwards, in effect paying the customer/generator the retail rate for the electricity they generate but don’t immediately consume. If a customer generates more electricity than they consume over a period of time, they are typically paid for that net excess generation (NEG) at the utility’s avoided cost, or the wholesale rate.
The infographic above helps provide context of the five different kinds of net metering, and how they differ. To learn more, you can also visit aggregate net metering policy and virtual net metering policy. [ren]

Wind was the cheapest source of energy in Argentina’s first power auction after the country implemented reforms designed to transform its fossil fuel-dependent grid.
The minimum price for wind power reached $49.10/MWh (0.044 EUR/kWh) in the auction, Sebastian Kind, undersecretary for renewable energy, told reporters in Buenos Aires on Friday. Solar power came in at $59/MWh (0.053 EUR/kWh), biomass was $110 (0.098 EUR) and hydropower projects were $111.10 (0.100 EUR). [ren]