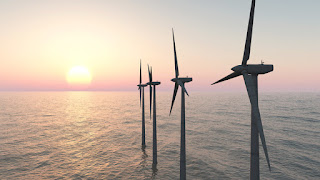 Floating offshore wind turbines far out in the North Sea will convert seawater to ‘green’ hydrogen that will be pumped ashore and used to heat millions of homes, under an ambitious plan just awarded UK government funding.
Deployment of a 4GW floating wind farm in the early 2030s at an estimated cost of £12bn ($14.8bn) could be the first step in the eventual replacement of natural gas by hydrogen in the UK energy system, claimed Kevin Kinsella, director of the Dolphyn project for consultancy ERM.
ERM – which is working on Dolphyn with the Tractebel unit of French energy giant Engie and offshore specialist ODE – plans to integrate hydrogen production technology into a 10MW floating wind turbine platform, enabling each unit to import seawater, convert it to hydrogen and export the gas via a pipeline.
Deployment of hundreds of the floating platforms would be able to tap into the excellent wind resources far out in the North Sea, way beyond the depths accessible to fixed-bottom foundations, Kinsella told Recharge, estimating that a 4GW floating wind farm could produce enough hydrogen to heat 1.5 million homes. "If you had 30 of those in the North Sea you could replace the natural gas requirement for the whole country."  [emp] 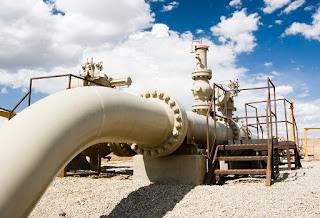 The Netherlands will halt production at Groningen, Europe’s largest onshore natural gas field, by 2022, eight years earlier than initially planned, the Dutch government said on Tuesday. Groningen produced nearly 54 billion cubic metres (bcm) of gas in 2013 before tremors blamed on drilling damaged buildings and prompted a series of lowered caps on output and protests by residents and campaigners. An unusually strong earthquake in January 2018 prompted the government last year to promise to end production by 2030. [emp]