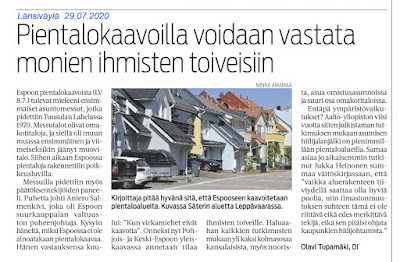 Posted by Olavi Tupamäki at 17:09 No comments:

Every year in the U.S., about one million birds die as a consequence of collisions with buildings. Now House Passes Bill To Retrofit Federal Buildings To Reduce Bird Collisions.

Bird-safety enthusiasts, including ENR 2014 Newsmaker Christine Sheppard, are hailing the passage last week, by the U.S. House of Representatives, of H.R. 919 – Bird-Safe Buildings Act.
Sheppard, director of the glass collisions program at the American Bird Conservancy (ABC), calls the recognition of the issue at the federal level a momentous achievement because, if passed by the Senate and put into law, it will set an example for the entire nation.
The bipartisan bill is designed to reduce bird mortality by calling for federal buildings to incorporate bird-safe building materials and design features. As many as 1 billion (?) birds a year die in collisions with buildings in the U.S. alone, according to ABC. Congressman Mike Quigley (D-Ill.) has been the driving force behind the legislation for more than a decade. The bill will soon be introduced in the Senate, and conservationists are optimistic about its passage, says ABC.

Design Techniques
Many bird-friendly design techniques—such as installing screens or grills on windows and minimizing the use of glass on lower floors—are already used in some federal buildings to control heat and light, or for security. The bill would require the U.S. General Services Administration to apply similar measures, where practicable, to all new and existing federal buildings.
In 2008, ABC founded the only national-level program dedicated to reducing bird deaths from collisions with glass, says Sheppard. Since then, more than 20 states, counties and municipalities have passed bird-friendly legislation.
Last December 2019, the New York City Council passed the nation’s most comprehensive bird-friendly buildings law. According to New York City Audubon's Project Safe Flight, 90,000 to 230,000 birds die after colliding with glass each year during their migrations through New York City alone. [enr]

Posted by Olavi Tupamäki at 13:32 No comments: