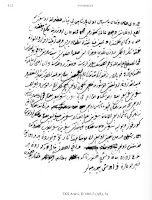 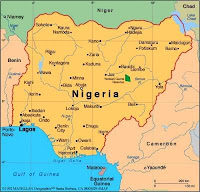 Decades of planning are coming to fruition as construction of Nigeria's 3,050 MW Mambilla hydroelectric plant began earlier this week. The facility, to-be located on the Donga River in the eastern Taraba State, has stalled repeatedly since its conception in the early 1980s for a number of reasons -- most recently due to a landslide that blocked access routes to the project site in September. Nigeria's Minister of Power, Babatunde Fashola, said earlier this week that the government expects the plant to be complete in 2024.

At that time, Mambilla's cost was estimated at US$6 billion -- 70% of which was reported to be paid by Chinese firms and the remainder by the government of Nigeria. China's interest in the project results from a May 2007 decision to award contracts for Mambilla's development to the China Gezhouba Group Co. Ltd. and Sinohydro.  [rew]

China set to put 120 GWh of battery capacity into the market by 2021. Tämä on puolitoista kertaa Suomen vuotuinen sähkönkulutus!
By comparison, when completed in 2018, Tesla Inc.’s Gigafactory will crank out up to 35 GWh of battery cells annually.  [rew]
Lähettänyt Olavi Tupamäki klo 18.27 Ei kommentteja:

Germany’s electricity from renewable sources accounted for 35% in the first half of 2017, or an increase of 6% compared with the same period last year, according to the BEE renewable energy association.

Germany is planning on eliminating its nuclear power plants by 2022. Germany’s renewable energy has been on the rise for the last two decades due to the Renewable Energy Act (EEG). Around 85 percent of the power from renewable energy was obtained by the nation on certain sunny and windy days.  [emp]
Lähettänyt Olavi Tupamäki klo 18.11 Ei kommentteja:

If the 100% energy targets were achieved by 2025, the total electric sector carbon pollution reductions would fill anywhere from 87 percent to 110 percent of the remaining reductions the U.S. would need to achieve in order to meet the goals of the Paris Agreement.  [rew]
Lähettänyt Olavi Tupamäki klo 18.09 Ei kommentteja: