Italy intends to stop incentives to solar electricity generators, as stated by a junior minister on Monday, after years in which huge public support to the sector has encouraged investor interest counting from abroad. 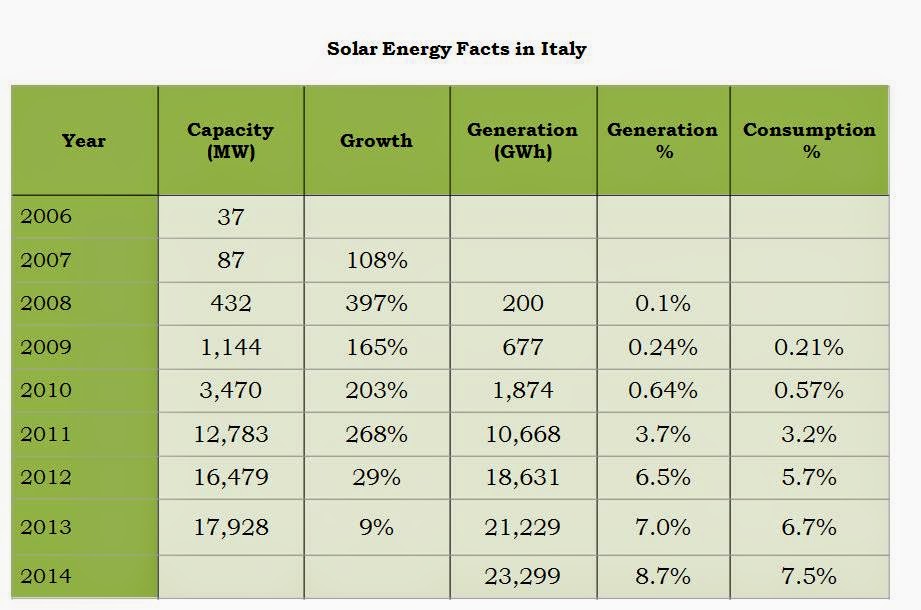 Italy's solar electricity market, which has drawn private equity companies such as Terra Firma and First Reserve as well as bank-owned investment firms and pension funds, took off at the end of 2010 when new rules led to the increase of production subsidies. The raise in subsidies was from 750 million euros ($843 million) in 2010 to 3.8 billion euros in 2011 and 6.7 billion euros in 2013. In the past five years, investors have spent over 50 billion euros in Italian renewable energy, constructing approximately 17 gigawatts of solar capacity. [emp]
Lähettänyt Olavi Tupamäki klo 14.07